A group of pelicans scuffle for a meal as they angle to catch a fish by Lake Kerkini in Greece.
Reblogged from National Geographic

A Dalmatian pelican catches a fish thrown by a fisherman at Kerkini Lake, Greece. During the winter, the fishermen “feed pelicans and help them to survive” says Your Shot photographer Marek Jack opskiet.
Reblogged from National Geographic

In Walvis Bay, Namibia, a pelican would never fail in catching a fish … when thrown from a boat. 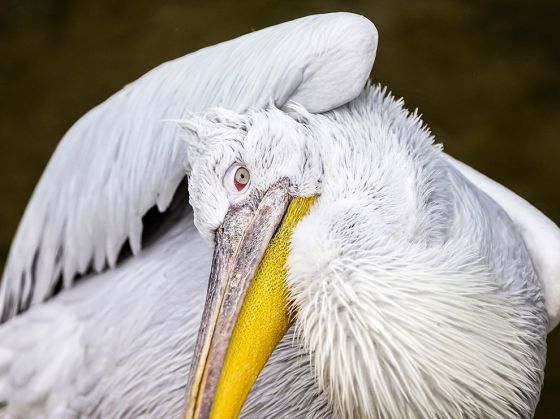 This white pelican casts a demure, sidelong glance in the direction of Your Shot member Marco Schaffner’s lens. The ungainly bird is not known for its beauty, but with its average nine-foot wingspan, it is graceful in flight. White pelicans soar and glide, rather than flap their wings, making it easier for them to travel often long distances to catch enough fish to feed their chicks.

In Walvis Bay, Namibia, a pelican would never fail in catching a fish … when thrown from a boat.